We should note that Behe believes in an old earth and common descent. He is not a Biblical creationist. 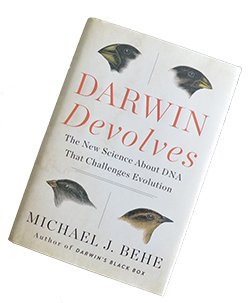 That does not mean that a mutation is not beneficial. There can be a short-term benefit that helps the organism, but overall the organism has lost information and is less fit. In his book one of the examples Behe uses is that of sickle cell anemia. The benefit is that it provides immunity to malaria. The drawback is that the DNA has been seriously damaged with the following effects (quoted from the Mayo Clinic web site):

Signs and symptoms of sickle cell anemia, which vary from person to person and change over time, include:

The above is quoted from: https://www.mayoclinic.org/diseases-conditions/sickle-cell-anemia/symptoms-causes/syc-20355876

In his book Behe comprehensively lays out the biochemical proof that mutations degrade the organism (defined as a loss of information at a minimum) and over time lead, not to an improved organism, but a dead, extinct organism. In other words, the process we call evolution (the General Theory of Evolution), does not exist. Evolution never happened and never could happen. We are devolving (going downhill). Behe' biochemical science is good, but what is missing is a credible explanation that accounts for the diversity of life and all that we observe. We were designed and created perfect by God, and through our sin all life has been damaged and is now degrading. That's what the Bible says, and that is exactly what we observe.

God created us, and we will be accountable to Him.