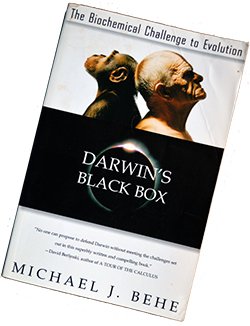 Every time I recommend a book about Biblical creation to a friend of mine, he never reads it. Instead he'll find and read the book in opposition and read that. Then he'll say, "Your book is false. It has been refuted. End of story." That's not the end of the story. Every major scientific discovery has faced "attacks" from those who wish to refute it. That is the normal scientific process. The BIG question is, can the person who made the discovery defend their results? In the case of Michael Behe and irreducible complexity, there have been a huge number of attempts to refute Behe's results... and professor Behe has successfully defended irreducible complexity against all comers.

One sure way to tell a discovery in opposition to evolution has been successfully defended is that the ad-hominim attacks increase. In other words, when they've been unable to prove the discovery wrong, they attack and discredit the discoverer. That is what is happening with Michael Behe. He is attacked as being ignorant, unprofessional, sloppy and... here's the big one... that he has few peer-reviewed published papers. This last one is common and I have to laugh. The "rules" of publishing peer-reviewed papers are that no paper may oppose evolution. If it does, it doesn't get published. Then they point to those who write papers that oppose evolution and say, "None of your papers have been published! You have no credibility." That's a rigged system!

BTW... you should be aware that papers by those who know Biblical creation is true are getting published in peer-reviewed scientific journals. They are just not journals that evolutionists approve. Why? Because the publishers of some journals believe God exists, and they do not accept the requirement that everything has to have a naturalistic cause.


Evolution is impossible. That's a fact that has been proven since the late 1960's.