Age of the Earth

How old is the earth? Billions of years or just thousands of years? You can't know the answer to this question UNLESS you have reliable sources of information, and radioisotope dating IS NOT reliable. Why? Because it has never been calibrated.

The idea that the earth is billions of years old is based on two things:

2. There is only one supposed "clock" that operates over long time spans - Radioactive half-lives extend into billions of years. This means that for uranium 238 (U238) for example, it takes 4.47 billions years for half of the uranium 238 to decay away. So if you know how much U238 there was to start with, and you measure how much is left, you can supposedly determine how old it is. (U238 and its daughter isotopes are used extensively for radiometric dating.)

But There Are Problems

There are a lot of unknowns such as knowing the beginning amount of U238, as well as knowing what happened to the U238 in the past. Did something happen that changed the rate of decay? Has there been contamination or leaching? Were there some decay products present to start with, and how much?

Calibrating radioisotope dating - Those who use radioisotope dating claim it has been highly calibrated. What they are are talking about is that the instruments used to measure radioactive materials and their decay products have been calibrated. We are very good, and very accurate at measuring what is presently in a material. BUT, that does not give us the age of the material. It just tells us what elements exist in the material. The process of using that data to determine an age has not been calibrated. Here's an example: 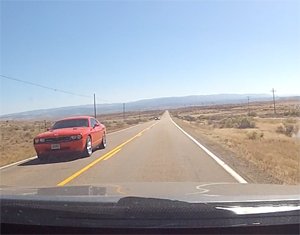 Let's suppose I drive my car for three hours, and the computer display on the dash tells me I averaged 60 mph. How far did I travel? The assumption is 180 miles. But, that's based on the assumption nothing has changed since the manufacturer made the car. In my case my car has larger tires than the manufacturer recommends. Speedometers work by counting the tire rotation. With the bigger tires, when my speedometer said 60 mph, I was actually going 65 mph. So in this experiment I would have traveled 195 miles. How did I determine there was an error in my odometer display? I measured how fast my car was traveling against a known standard. Every so often highways have speedometer check sections. These typically are five mile long sections of highway with accurate mile markers. I timed how long it took me to drive the five miles doing 60 mph (on my speedometer) and saw that it took 277 seconds (4.6 minutes) instead of five minutes. I covered the five miles quicker than I should have, and this told me how much I needed to adjust (in my mind) what my speedometer displayed in order to know my actual speed.

What did I do? I compared my car with a known standard. Has this ever been done for radioisotope dating? No. At least not "officially." The data is just converted to years and the answer accepted as true. In other words, radioisotope dating is accepted without any calibration (as long as the age it gives is acceptable to evolutionary thinking). If it supports evolution, don't ask questions. However, tests have been done using radioisotope dating on rocks of known ages. That's the proper way to calibrate a dating method. The results are that the measured dates are much older than the actual age of the rocks. In other words, radioisotope dating FAILS calibration tests. But, for the purpose of evolution, it is still assumed to give accurate results. Why? Because it is the only dating method with results that can be manipulated to support evolution.

Here Are Some Examples of Calibration Failure

YOU DON'T HAVE A CHANCE
WITHOUT JESUS

What you believe does not determine reality nor truth. That would make you god. But you ARE NOT god. You don't control the universe. You cannot change reality. Let's try an experiment. At about midnight stand in the middle of the road just around a corner where it is hard to be seen... at night, wearing all black. When headlights start lighting up the curve, just believe that whatever is coming does not exist. Stand firm, if you don't believe a vehicle is coming, then nothing is coming. You are perfectly safe... until reality hits.

You are now standing before Jesus. You are dead. It's judgment day. You don't want to believe it's Jesus and you will be judged. But it is. That's reality.

Judgment only takes a moment, the verdict is obvious, and you know it is correct. You are guilty. You've lied, stolen and sexually lusted after others (Matthew 5:28)... you have disobeyed God. Trusting Jesus is the only answer, but it's too late. You had your last chance just before you died.

You know it's no use to protest, but still you scream out, 'I didn't know!'

But you did know. All of creation declared God's glory, His invisible attributes, and His power. You have no excuse. You willingly rejected Jesus Christ (God).

Is this you? Are you saying, 'Hell isn't so bad, I'll be with my friends.' You know that's not true. There are no friends in hell. No beer... not even water to cool your lips. There is NOTHING good in hell.

So I beg you, consider these words. Trust Jesus as having paid your penalty for every way you've have rejected God. Trust Jeus to save you from hell and bring you into the presense of God.